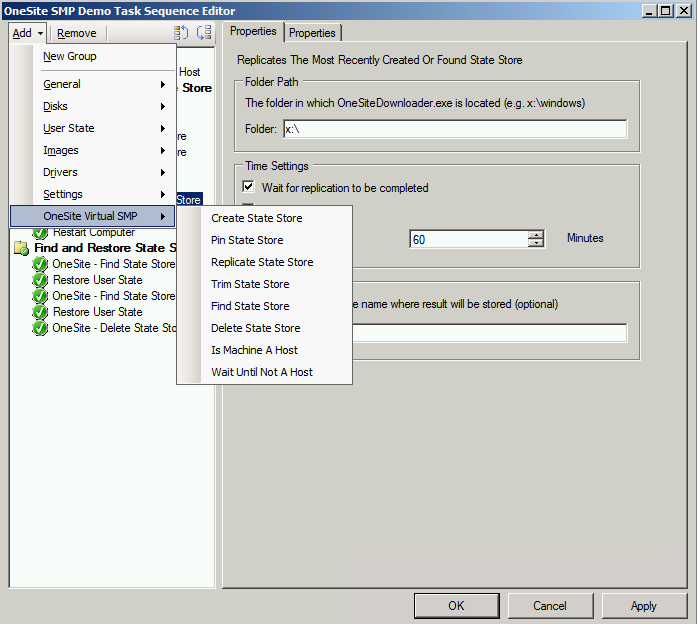 Adaptiva OneSite is a software solution that can improve SCCM delivery of software, updates, and Windows (OSD) between your SCCM site and other locations, even ones without distribution points.  Adaptiva OneSite doesn’t require a huge infrastructure. It can run a thousand locations with just a single SCCM server and no distribution points. PXE servers, or SMPs. The content delivery is fast and, more important, it does not impact other traffic on the WAN. The peer-to-peer storage of content doesn’t affect free space on clients because it operates in unused clusters so the users retain all their disk space. With these capabilities, Adaptiva OneSite can upgrade thousands of systems to Windows 10 in a fraction of the time.

Companies that wants to upgrade their unsupported Windows XP to Windows 7 or 8, or upgrade from any of those versions to Windows 10 soon, you can use Adaptiva OneSite to facilitate the process. In this post, we will explain 3 reasons of using Adaptiva OneSite Rapid OSD with SCCM for your next Windows 10 deployment.

With SCCM, you may need to configure IP Helpers or DHCP Options in some VLAN to use OSD. Enabling peer-to-peer (P2P) PXE with Adaptiva takes only few minutes and all Windows server or clients can become a PXE point without infrastructure changes. You select a checkbox and every network segment has a PXE point! No need to coordinate with the networking team to set up IP helpers or DHCP scope options.

Since you only need one PXE server per segment, one machine on each subnet is intelligently chosen and elected. However, it does not need to store the content. Instead, it serves content from different sources within the peer-to-peer network. For example, if ten systems are being migrated to Windows 10 at once, each one gets its OS image files from a different peer cache. This is for load-balancing, so one machine doesn’t slow down serving many others. You still have as much control as you want. You can include or exclude collections from eligibility both as PXE points and as data caches.

One way that Adaptiva OneSite eliminates the need for storage is with zero footprint caching. This feature makes the Adaptiva Cache much more interesting than a normal SCCM cache. When global content is delivered to an operating location, it is stored in unallocated clusters on peer systems there. The data is copied without interfering with the users’ free disk space, and organized into a Virtual SAN. The result is virtually unlimited storage at each site, without servers, and without taking space from end users.

When an SCCM task sequence is ready to deploy, OneSite will read it, find all of the content it references, then automatically compress and distribute all pieces of content required to execute it. It will also make multiple copies for load-balancing and redundancy at a location, and the administrator can specify the minimum number of copies to keep.

When any of the content is updated, Adaptiva OneSite detects the change, and automatically creates and distributes a small binary differential file, efficiently updating the content every place it lives worldwide. It’s all as automatic as you want it to be. So you can be sure you are always deploying the most current content when migrating Windows.

Adaptiva includes a proprietary UDP-based network protocol that makes it possible to deliver 20GB+ OS image files over the WAN without impacting other network traffic. It’s the only predictive bandwidth harvesting technology in the world. Others are based on TCP and are reactive, not predictive.

A Windows user can easily store gigabytes of data and settings on their system. They expect it to be there on the new version of Windows after a migration. This means administrators must save and restore the data and settings, also known as state. SCCM administrators must either have a State Migration Point server at each facility, or save/restore the data over the WAN to a remote server. Doing state migration to a remote server is rarely practical, as it can overload the WAN with too much data, or simply take too long to be viable.

Adaptiva solves this dilemma by using the OneSite virtual SAN already located at a site to create a virtual state migration point (VSMP) there. The VSMP offers all the functionality of a dedicated server without taking storage from end users or impacting their performance. It also has built-in redundancy, maintaining multiple copies of the saved state data during each migration. The VSMP integrates directly into the SCCM task sequences as shown in the screenshot. Adaptiva has built redundancy into the V-SMP solution by creating multiple copies of the state data for business continuity. If one peer goes offline for any reason, the migration will continue uninterrupted.

Take a look at all others Adaptiva OneSite features. You can also check Adaptiva’s Vimeo Channel for more videos.