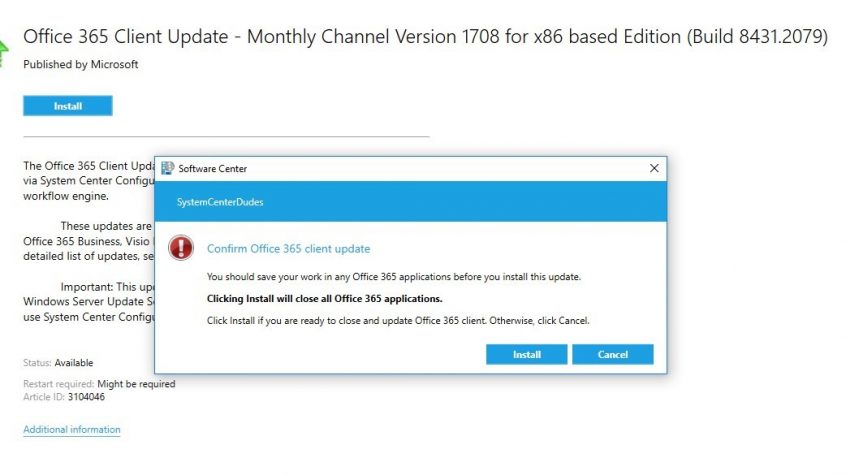 Today, we are continuing our posts about SCCM 1706 improvements. One area that has been updated is how to manage Office 365 updates.

In this post, we will detail the improvements on Office 365 updates with SCCM 1706 on the server side and client side.

If you are looking for how to update Office 365 with SCCM prior to Current Branch 1706, please see our post here, which is still relevant to date.

If you are still running SCCM 1706, we strongly encourage you to go forward to 1710 with latest KB as the changes are working much better than what was available in SCCM 1706.

Under SCCM 1710 with Update rollup 2, if an Office 365 product is running, a reboot will be mandatory just like regular Windows Update. 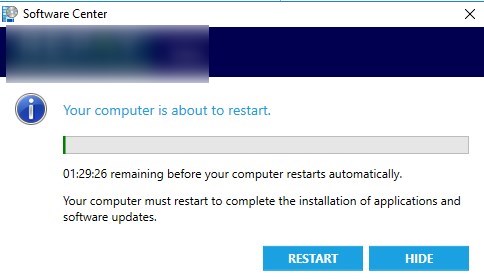 This is much better than having the Office product close without any warning to the user. It doesn’t need to be more complicated than this. With that said, we don’t think this will be the last time we see changes on that front.

The deployment method remains the same. If you used Automatic deployment rules, they will still work.

Otherwise, when using a more manual approach, the same applies as any other Software Update, except you begin in the new Office 365 updates placeholder

Microsoft announced earlier this year, that Office 365 would match Windows and SCCM semi-annual release (and naming) 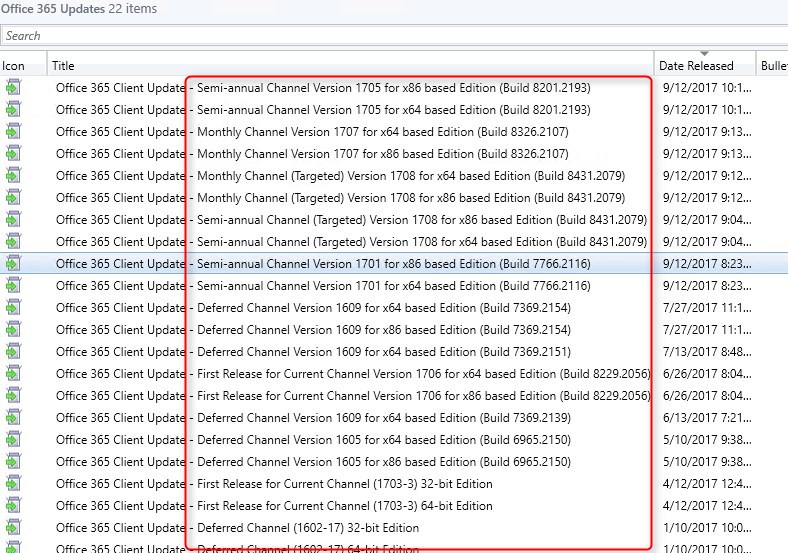 Note that this change is not related to SCCM Current Branch 1706. You’ll see this naming also on previous SCCM version as it’s related to Office 365 client updates.

As per Microsoft, the naming change shouldn’t be applied until next January 2018, but clearly, it’s already here!

If you are using Automatic deployment rules for Office 365 client, double check your rule it if you were specifying a Channel. 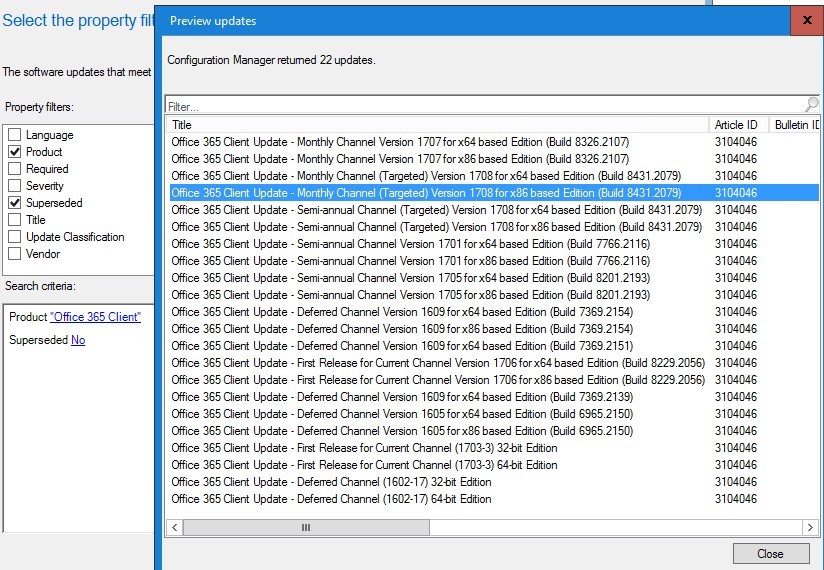 More details can be found on Microsoft support page.

Unfortunately, it doesn’t seem to work as advertised. We’ve done many tests and didn’t saw any kind of notice as it is supposed to be.

The worst part, it seems to bring back the auto-close / auto-open, of Office products when the deadline is reached, like it was with SCCM CB 1610, with no warning at all!

There is a bug report on Connect, feel free to up-vote and add to it if necessary.

When Office 365 updates are deployed as available, a new warning show up stating that apps will be closed and re-opened as part of this installation. 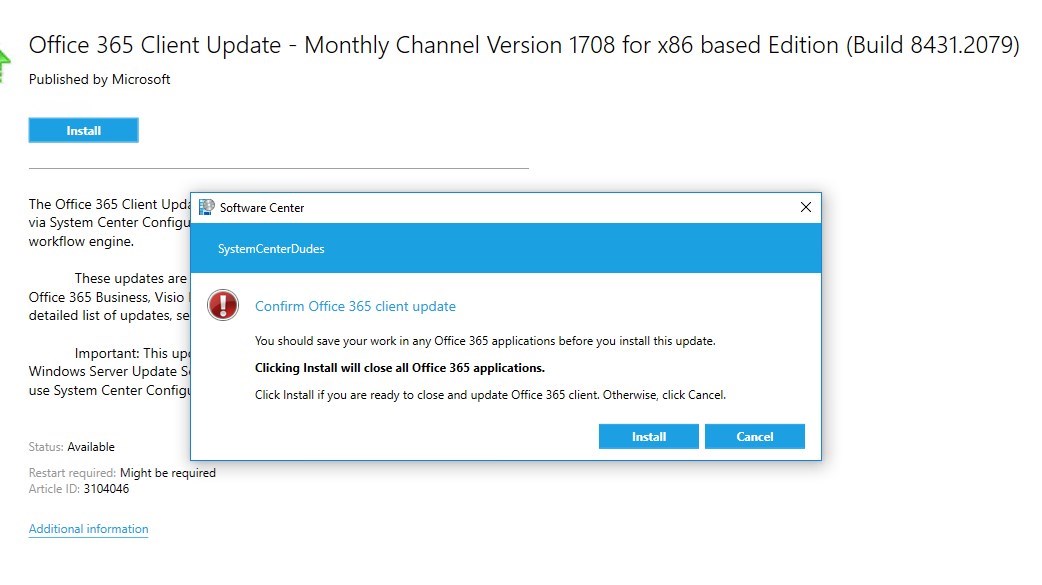 The Office deployment tool has been updated to reflect the latest naming changes.

You can get it on the Microsoft download page.

The new names also require changes to the configuration.xml file.

See all configuration.xml options on the Microsoft support page.