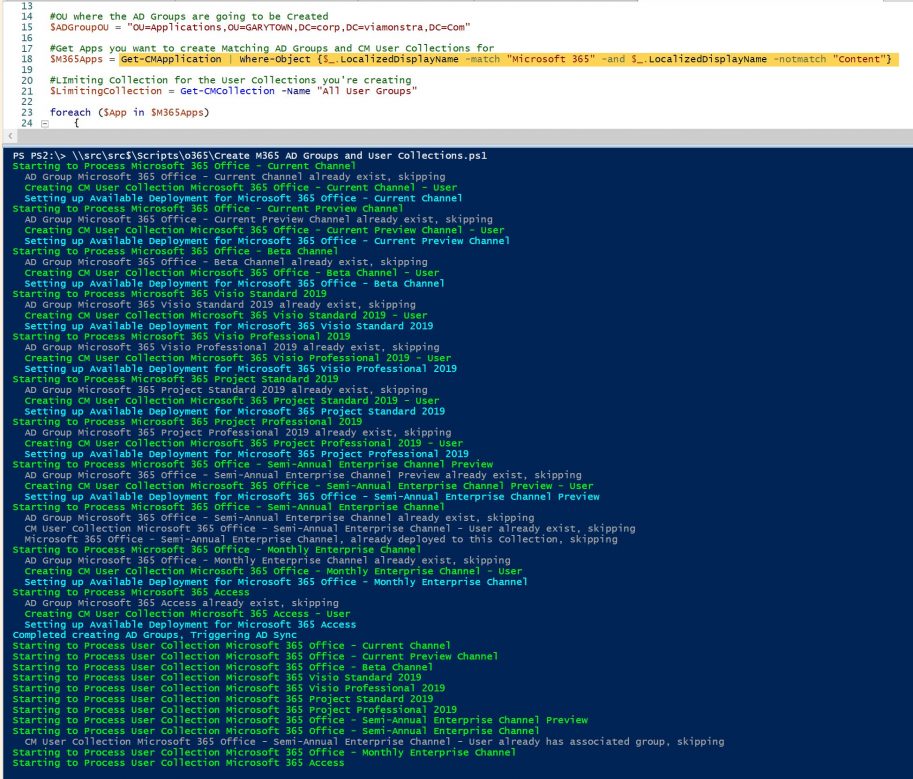 Based on the popularity of my previous post published in 2018 and 2019, I decided to do a 2020 refresh of the SCCM Must have 2020 Tools and blog list since there’s always new stuff coming out.

I also added must-have blog posts that you should have already read.

The tools are listed in no particular order. The list could have been longer but I needed to choose from my top personal list. If you feel that I’ve forgotten your awesome contribution to the SCCM community, please use the comment section to promote it.

If I would have told you at the beginning of the year that we’ll almost all be working from home for the next year, you probably would believe me. Well, 2020 had a surprise for us… a global pandemic. This shitty COVID had made everyone review their own work methods.

Even more, if you’re the person managing remote workers in your company. Hopefully, SCCM/Endpoint Point Configuration Manager was already ready for it and the CMG became rapidly the most popular feature.

Pause a Task Sequence when you want with just a variable

Developed by Damien Van Robaeys, you can know more about this tool on his webpage.

AutomatedLab is a PowerShell module for building lab environments with simple PowerShell code.

The benefit of using AutomatedLab is the simplicity it offers to build and throw away environments of varying complexity. Also, it offers a huge range of functions to customize your lab to how you want it.

Developed by Adam Cook, the module can be found on GitHub and more documentation also on their website.

This tool is not new but has a significate update. TSBackground replaces BGInfo as well as its predecessor OSDBackground as background (Wallpaper) generator during OS Deployment with Configuration Manager

Developed by Johan Schrewelius, the module can be found on the Onevinn website.

This script lets you create custom Toast Notification using the Windows 10 Runtime API. This is very useful to inform your user of anything you can think of.

Developed by Ben Whitmore, the tool is well documented on his website

This script automate the deployment of application to user collection using AD Groups. The script does the following actions:

Developed by Gary Blok, the script is available on his GitHub Repo

Another great blog article from Gerry Hampson about using a Cloud Management Gateway in a split tunnelling scenario.

We often hit this situation when doing CMG Installation. It is important to note the distinction between internet-based clients and those using the VPN. They are both remote clients but ConfigMgr handles them differently.

Gerry describe and tell how to configure both scenario on his blog post.

A level 400 post by one of our contributor, Adam Gross.

His post goes deep into describing how Feature Update works and is handle by your computer. You may end up with a headache after reading it but it’s too good to be missed.

You can read the full blog article on Adam’s personal blog.

This script lets you fully Automate Software Update Maintenance in Configuration Manager. Yet not new, it has been updated recently and I haven’t included it in my previous “Must Have” posts. Shame on me!

The script does the following :

Developed by Bryan Dam, the script is available on his personal blog

Export all your hardware hashes from ConfigMgr

If you’ve done Autopilot Deployment, you know that one of the requirements is to get the Hardware Hash of the machine in order to import it into Endpoint Manager.

Michael Niehaus, former Microsoft PM on the Autopilot team has a script and blog post to export all your hardware hashes from ConfigMgr. Pretty useful!

We hope this list was helpful. Thanks to all the contributors that helped the SCCM community with their tools, blog posts and time.