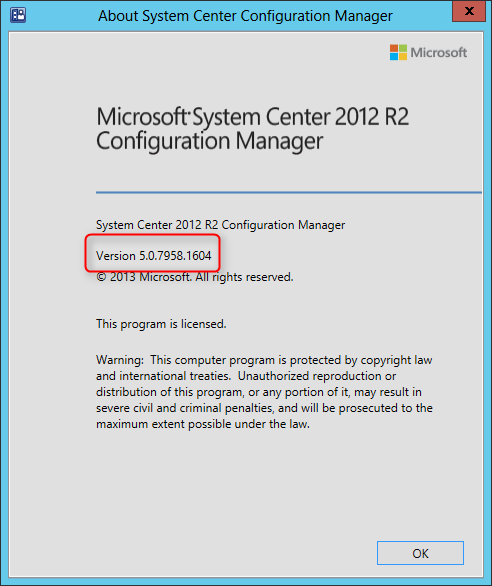 Here’s a step-by-step SCCM 2012 R2 CU5 Installation guide. Installing SCCM cumulative updates is very important to your infrastructure. It fix lots of issues, which some of them are important. As this is a cumulative update, you don’t have to install prior CU(1,2,3,4) before installing CU5. CU5 contains all the fixes included in previous CU. Improvements/Fixes There’s no new major functionality in CU5. It mostly applies the latest KB and fixes known bugs. Follow this Microsoft Support page to see a full list of issues that are fixed. PowerShell changes are no longer included in CU as described in our previous post. You won’t find any changes in PowerShell following this CU. Before you begin Installing this update is very similar to CU4. I’ll guide you through the upgrade process step-by-step in a standalone primary scenario. Download the update on the Microsoft Support page This update can be applied directly to the following Systems/Roles: … END_OF_DOCUMENT_TOKEN_TO_BE_REPLACED