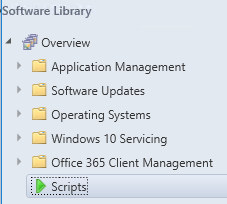 Beginning with SCCM 1706, you can now run and deploy Powershell script from the SCCM console. In addition, all directly from the SCCM console you can: edit your scripts, import existing scripts, approved or deny scripts, run script on specific collections and examine the scripts results. This can be useful to run a script quickly without the burden of creating a package or an application. Unlike standard deployments, when you deploy scripts, they are run almost immediately using Client Operations. This feature is still in pre-release version and needs to be enabled manually before using it. Prerequisites for SCCM Deploy PowerShell Script Before using scripts on your clients you need : SCCM 1706 Create and Run scripts pre-release features enabled Targeted clients must have client version 1706+ Clients must be running PowerShell v3.0+ Have the necessary SCCM permissions Enable Create and Run Scripts Feature Open the SCCM Console Go to your Administration / … END_OF_DOCUMENT_TOKEN_TO_BE_REPLACED 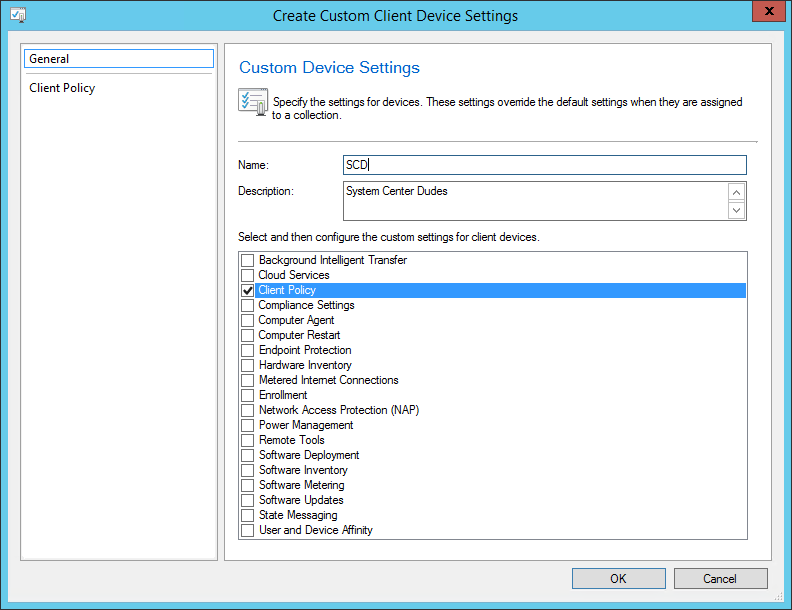 This blog article will explain how to create a custom SCCM 2012 client settings and how to deploy it. In the first parts of SCCM 2012 and SCCM 1511 blog series, we covered the complete SCCM 2012 R2 and SCCM 1511 installation. In the final parts, we will cover the basic SCCM configuration starting with client settings. Client settings are used to configure your deployed agents. This is where you decide any configuration like : Enabling hardware inventory agent Enabling power settings options Set scan schedules BITS throttling Ect.. In previous versions of SCCM, client settings were specific to the site. You had 1 client settings that applied to all your hierarchy. In SCCM 2012 you can specify clients setting at the collection level. You can have different settings for specific collections, overlapping settings are set using a priority setting. When you modify the Default Client Settings, the settings are applied to all clients in … END_OF_DOCUMENT_TOKEN_TO_BE_REPLACED 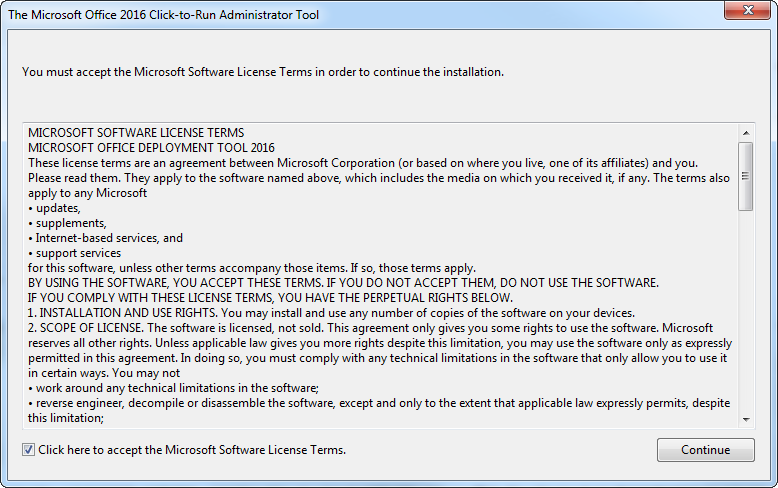 This blog post will describe how to Deploy Office 2016 using SCCM 2012. This procedure is for the Office 2016 Click-to-Run version (Microsoft Office 365 ProPlus) not for the complete Office 2016 Professional Plus version. It will guide you in every steps required to deploy Office 2016 to your users. The mains steps are : Preparing the installation Create the SCCM application Create the deployment type Deploy the application Step 1 | Preparing Office 2016 installation The first step is to create a Download.xml file that we’ll use to download the latest version of Office 365 Pro Plus (2016). Read the Reference for Click-to-Run xml file to know more about the available options. Download the Office Deployment Tools After downloading the tool, run OfficeDeploymentTool.exe Extract the files to a drive on your computer You’ll end up with 2 files (Setup.exe and Configuration.xml) Create a Download.xml file and copy this content : <Configuration> <Add SourcePath=”C:\Office 2016″ … END_OF_DOCUMENT_TOKEN_TO_BE_REPLACED