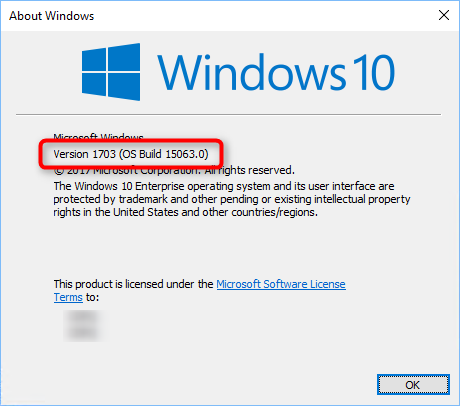 Microsoft published the next 1703 feature update (aka Creator Update), as Current Branch Update on 11th April 2017. Four months after the Current Branch for Business will be published (planned for August 2017) and you may need to deploy it to your Windows 10 computer to stay supported or to benefits from the new features. Before deploying a new Windows 10 feature upgrade, you need to have a good plan. Test it in a lab environment, deploy it to a limited group and test all your business applications before broad deployment. Do not treat a feature upgrade as normal monthly software updates. Treat it as a new operating system as if you were upgrading Windows 7 to Windows 10. SCCM Windows 10 1703 Servicing Plans Requirements If it’s the first time you are using Windows 10 servicing plans, follow our previous post that explains the requirements to setup your Software Update … END_OF_DOCUMENT_TOKEN_TO_BE_REPLACED

With the introduction of new Windows 10 service branches, you will need to upgrade your Windows 10 devices at a much faster pace. Hopefully, SCCM Current Branch (1511 and higher) has built-in features to help you fulfill this task. You can choose between Upgrade Task Sequence or the new Windows Servicing feature. This post will describe how to use SCCM Windows 10 servicing plans to upgrade Windows 10 devices. If you are running SCCM 1511 we recommend using the Upgrade Task Sequence over servicing plans. SCCM 1511 has an issue that makes all Windows 10 languages and editions to be downloaded to the device when the ADR runs. This is fixed in SCCM 1602, using a new filter you can exclude unwanted languages and editions. If you are running SCCM 1602 or later, it’s really a matter of preference of which process to use. Each one has their own advantages, the … END_OF_DOCUMENT_TOKEN_TO_BE_REPLACED