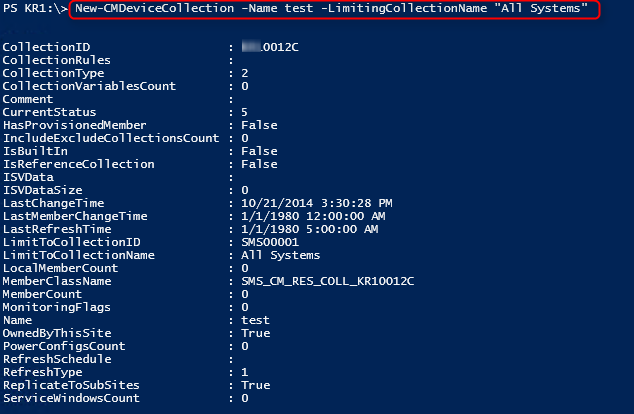 Update 2014-12-04 : Microsoft will have a fix in the next release of the PowerShell cmdlets. (Not released yet) I recently had a problem with the PowerShell command New-CMDeviceCollectionVariable creating only 1 variable. I had to create a set of collection with variables in an OSD project. The goal was to create 20 collections with 7 different variables. Nothing too complicated, Powershell to the rescue ! So I start creating my script, everything went smoothly, no errors were returned. After verification on the created collection I found out that only 1 variable per collection were created instead of the 7 intended. I decided to do a simple test to verify that New-CMDeviceCollectionVariable cmdlet was working correctly. I had problem in the past with another cmdlet and since then I like to double check if they work correctly. Create a Test collection Collection Test gets created Create a new variable with a value assigned to the Test … END_OF_DOCUMENT_TOKEN_TO_BE_REPLACED 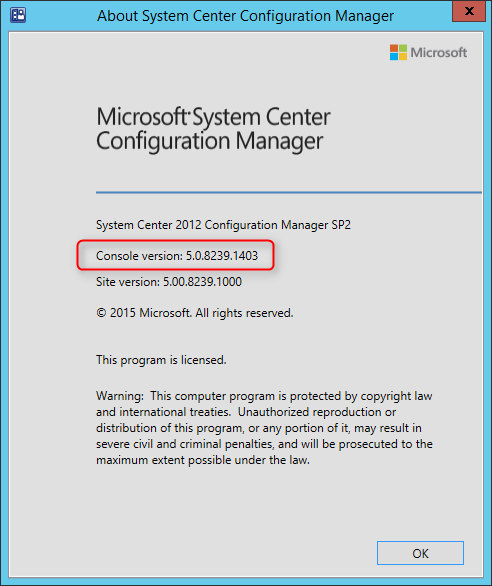 Here’s a step-by-step SCCM 2012 R2 CU3 Installation guide. Installing SCCM cumulative updates is very important to your infrastructure. It fix lots of issues, which some of them are important. Improvements/Fixes Follow this link to see a full list of issues that are fixed. Windows Powershell changes are here. The major new functionality is the Management Point Affinity for SCCM clients. It allows to restrict a client on which management point can be used to communicate with. It can been used to enter a FQDN of the management point that can be used to communicate with. This feature is set by using registry key AllowedMPs under HKEY_LOCAL_MACHINE\Software\Microsoft\CCM. This registry key does not affect the communication with other site systems. You can read more about this new feature on this blog. Before you begin Installing this update is very similar to CU2. I’ll guide you through the upgrade process step-by-step in a standalone primary … END_OF_DOCUMENT_TOKEN_TO_BE_REPLACED