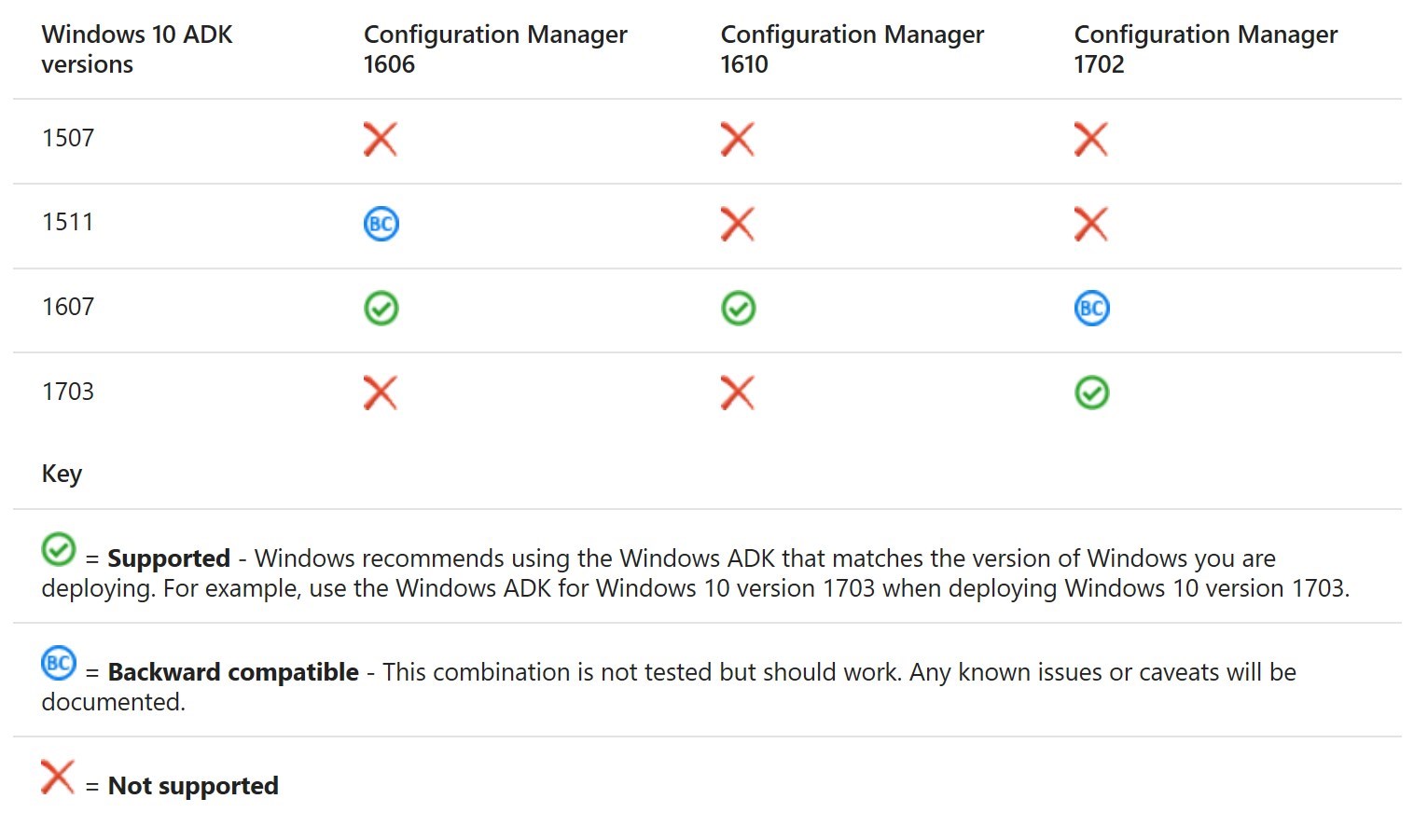 With each major release of Windows 10, comes a new release fo the Windows Assessment and Deployment Kit. This means yet another product to keep up-to-date in your environment. In this post, we will cover how to update an existing installation of a Windows ADK on an SCCM server. If you are looking for a history of Windows ADK versions, see our post here.

The following steps can be applied no matter what version of the ADK is already installed or will be installed.

Why the Windows ADK must be updated?

Here’s the table for Windows ADK compatibility with SCCM Current Branch, as the time of posting.

With the release of Windows 10 1803, Microsoft changed to game a bit regarding the supported version of SCCM. Only SCCM Current Branch 1802 support Windows 10 1803. See our blog to upgrade SCCM to 1802

For the latest compatibility chart, check this Technet documentation.

How to update Windows ADK

The process of updating the Windows ADK is pretty straight forward: 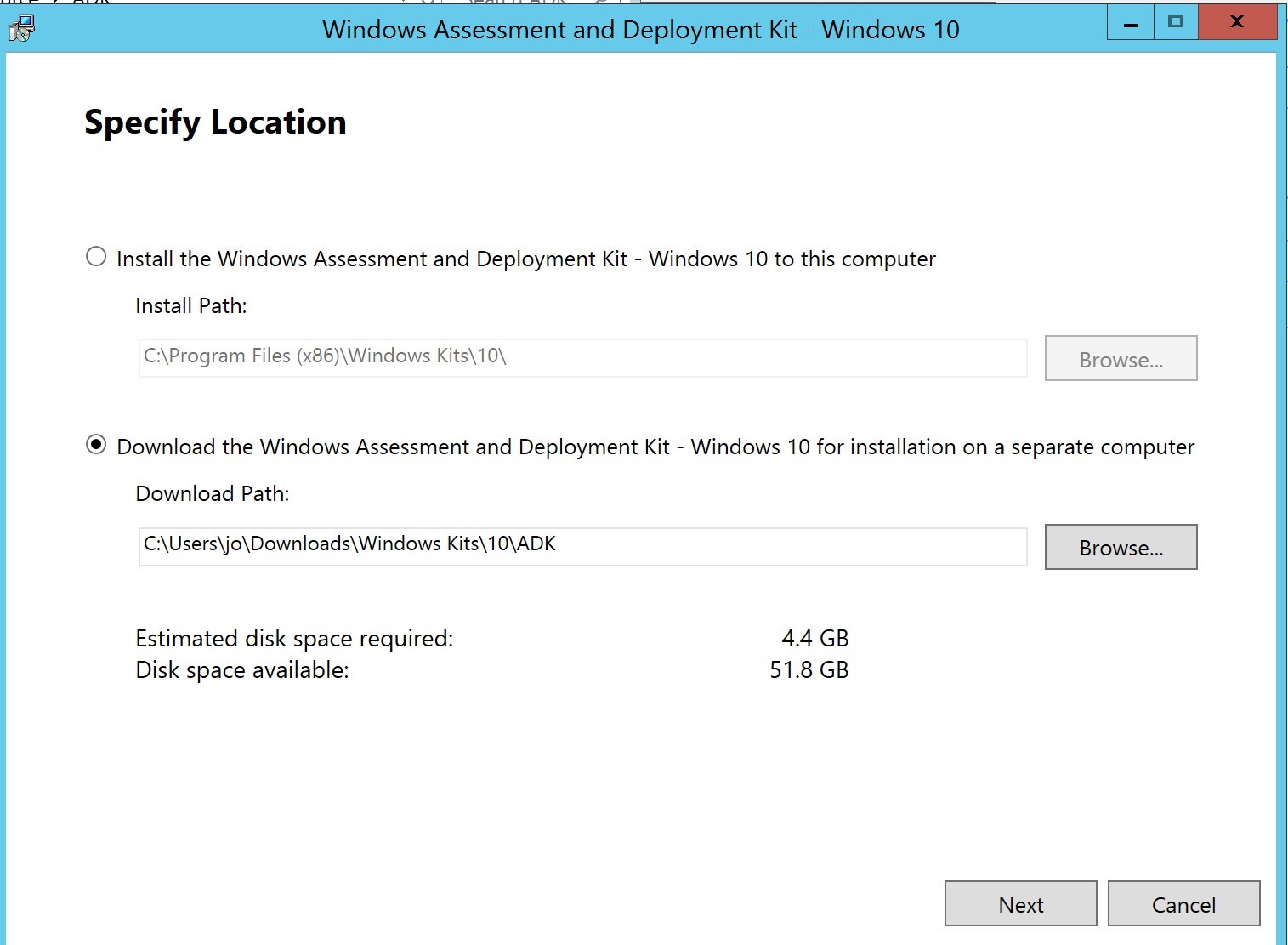 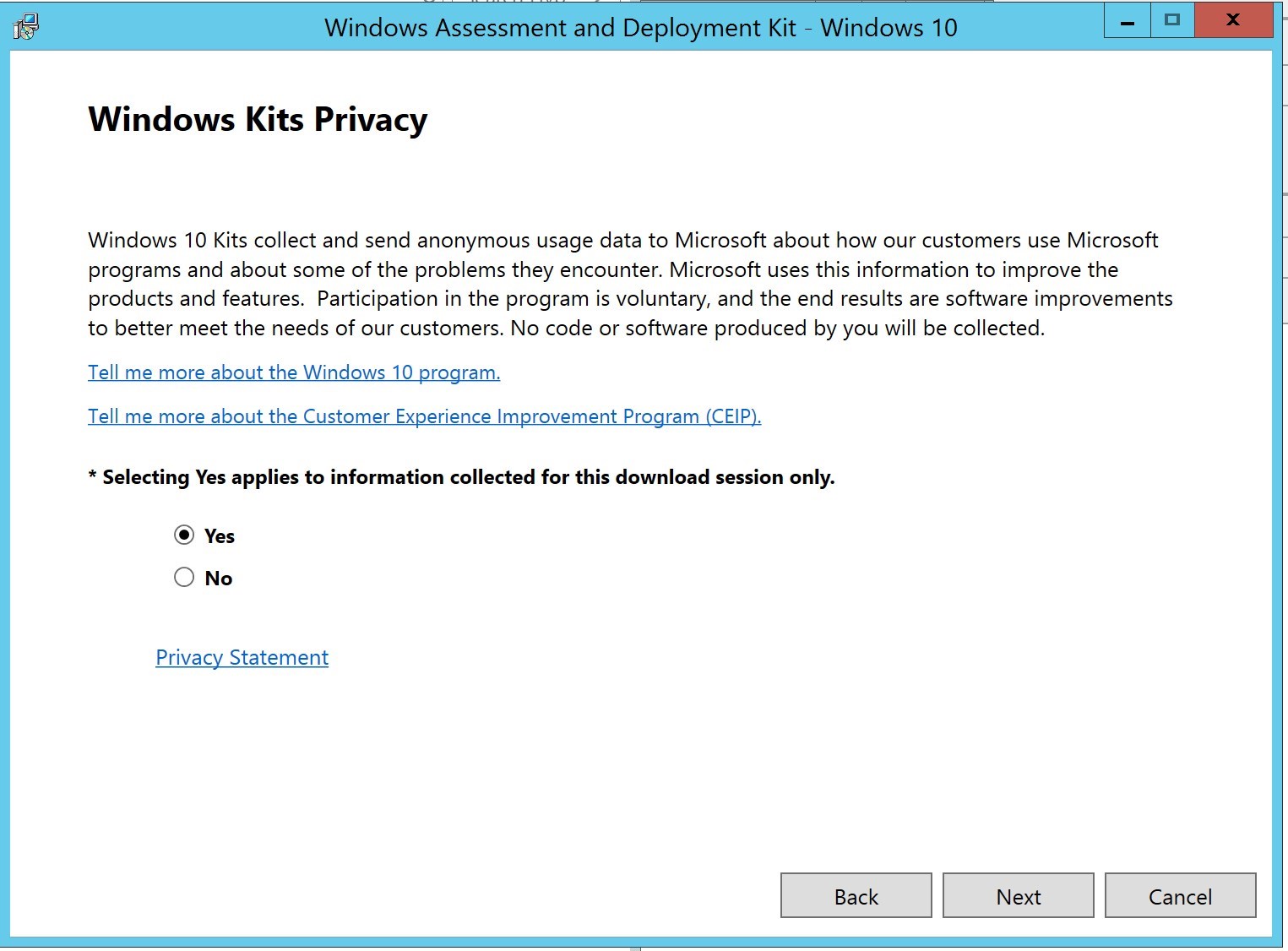 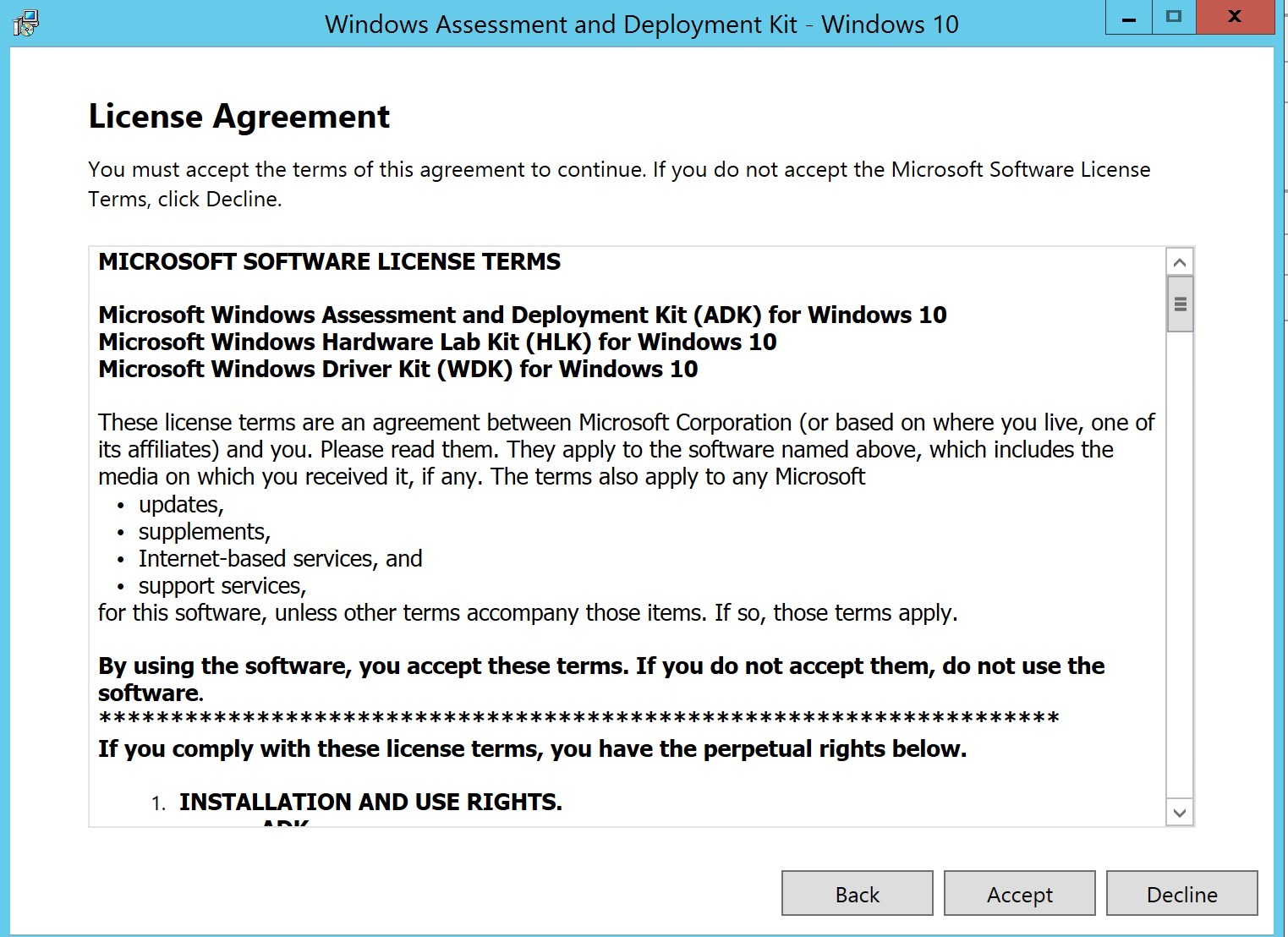 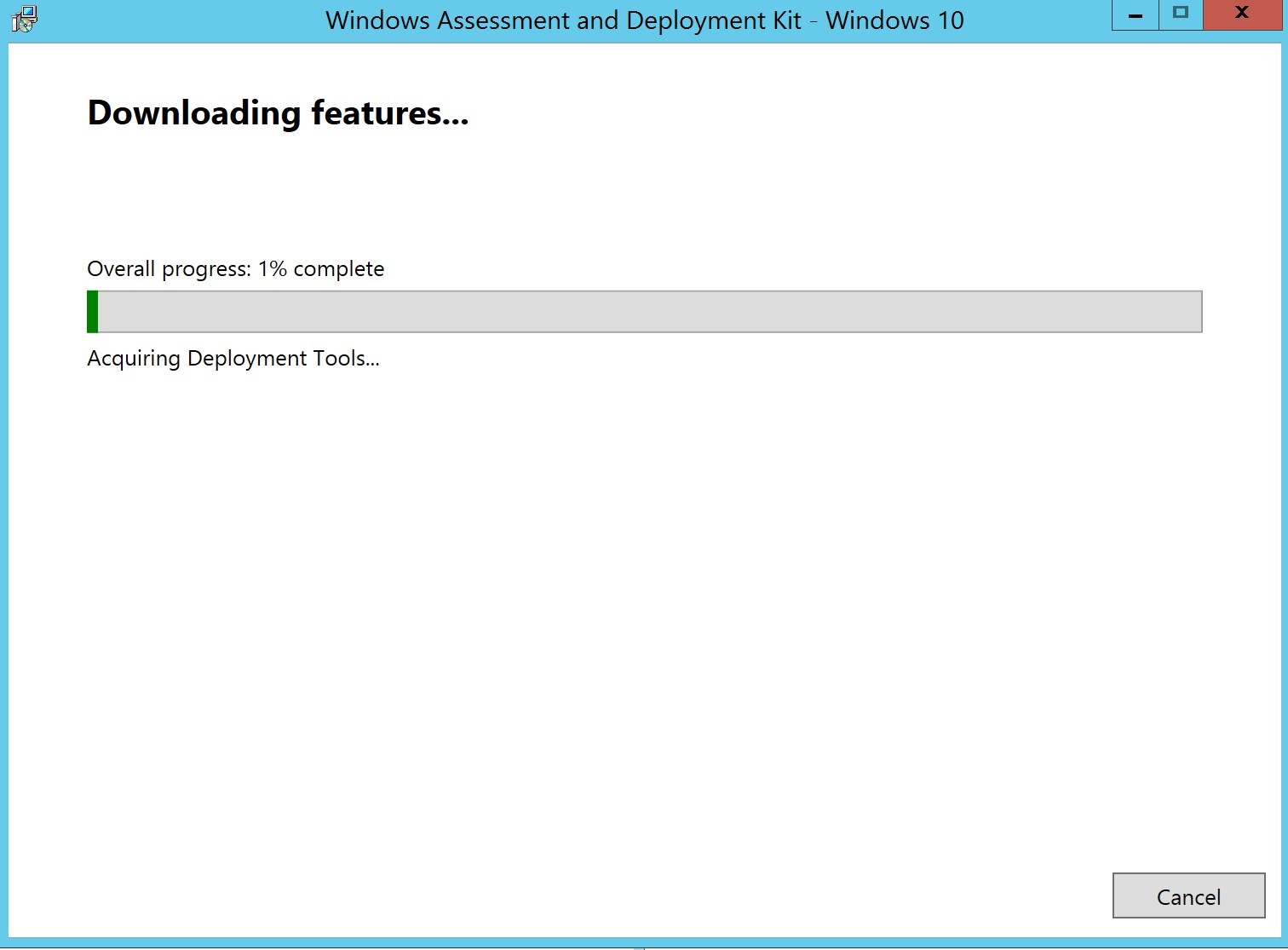 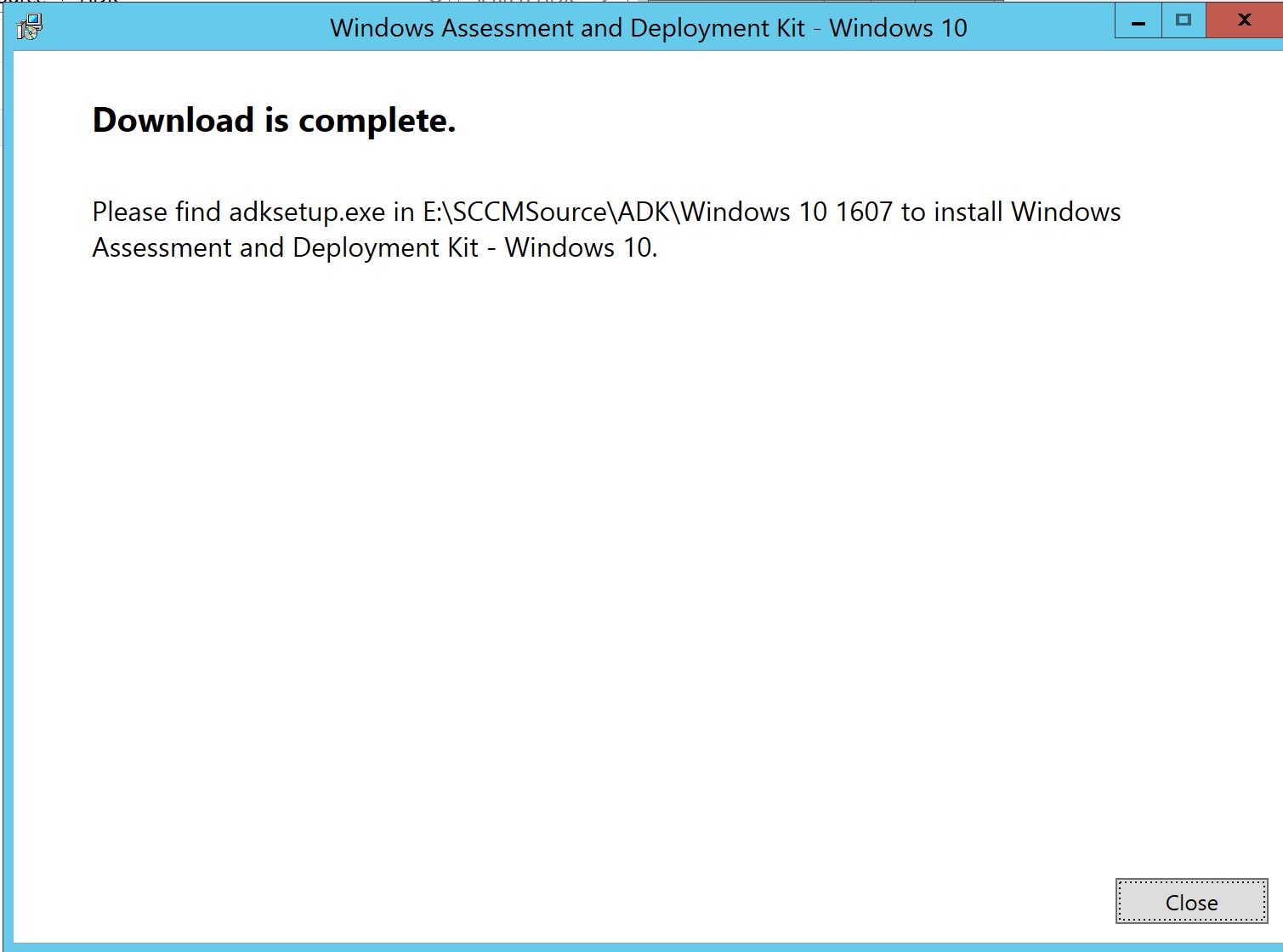 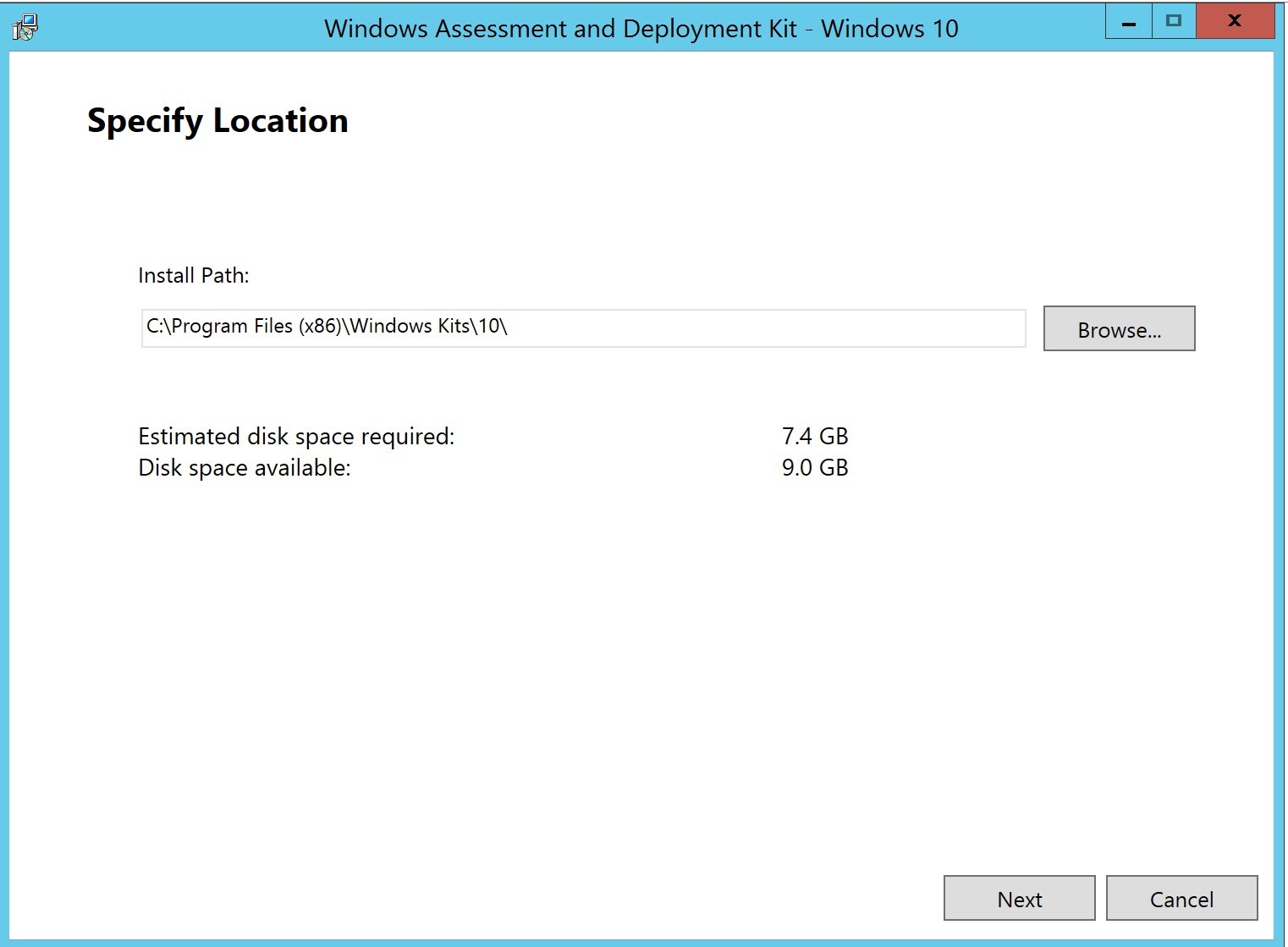 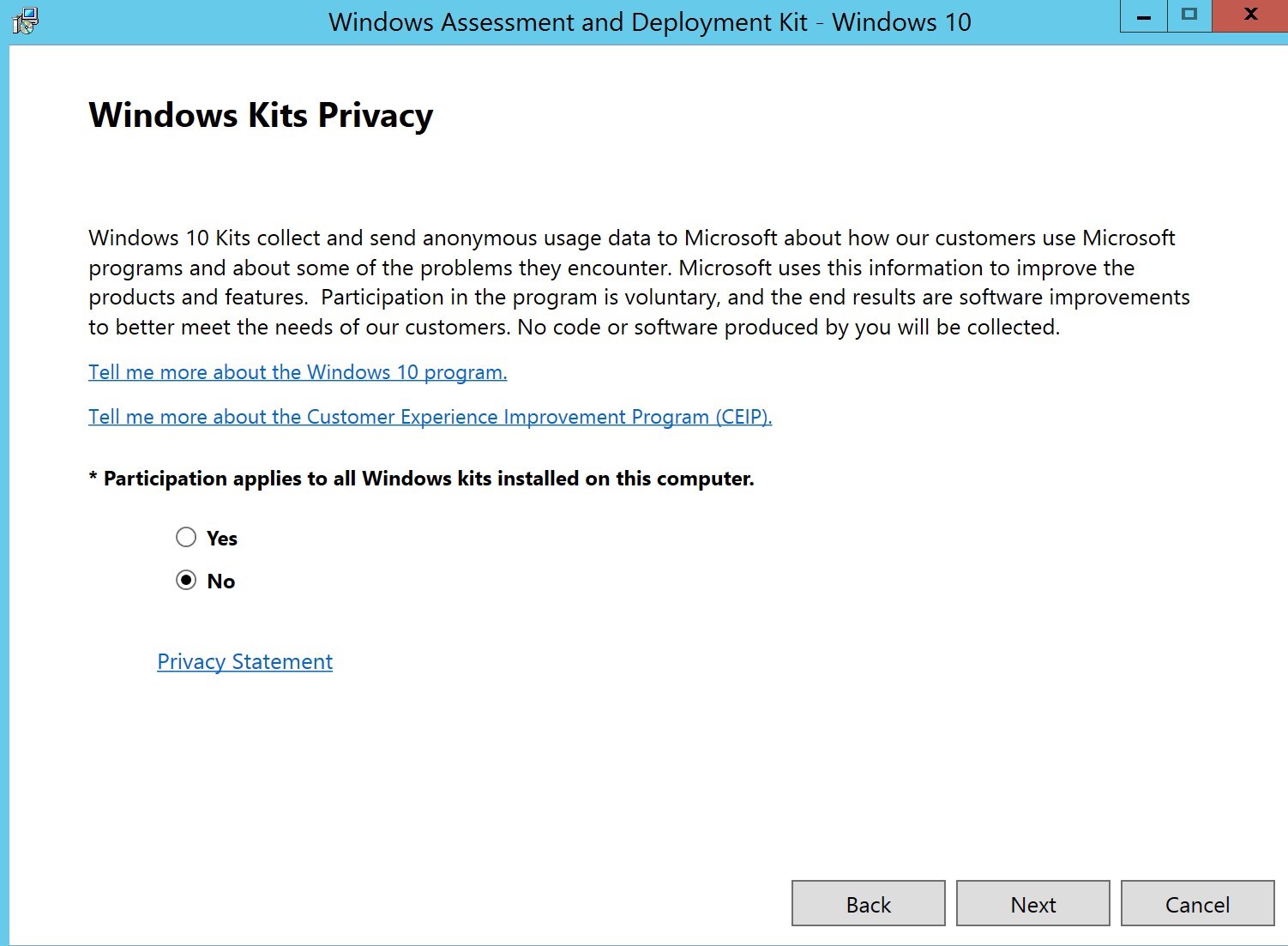 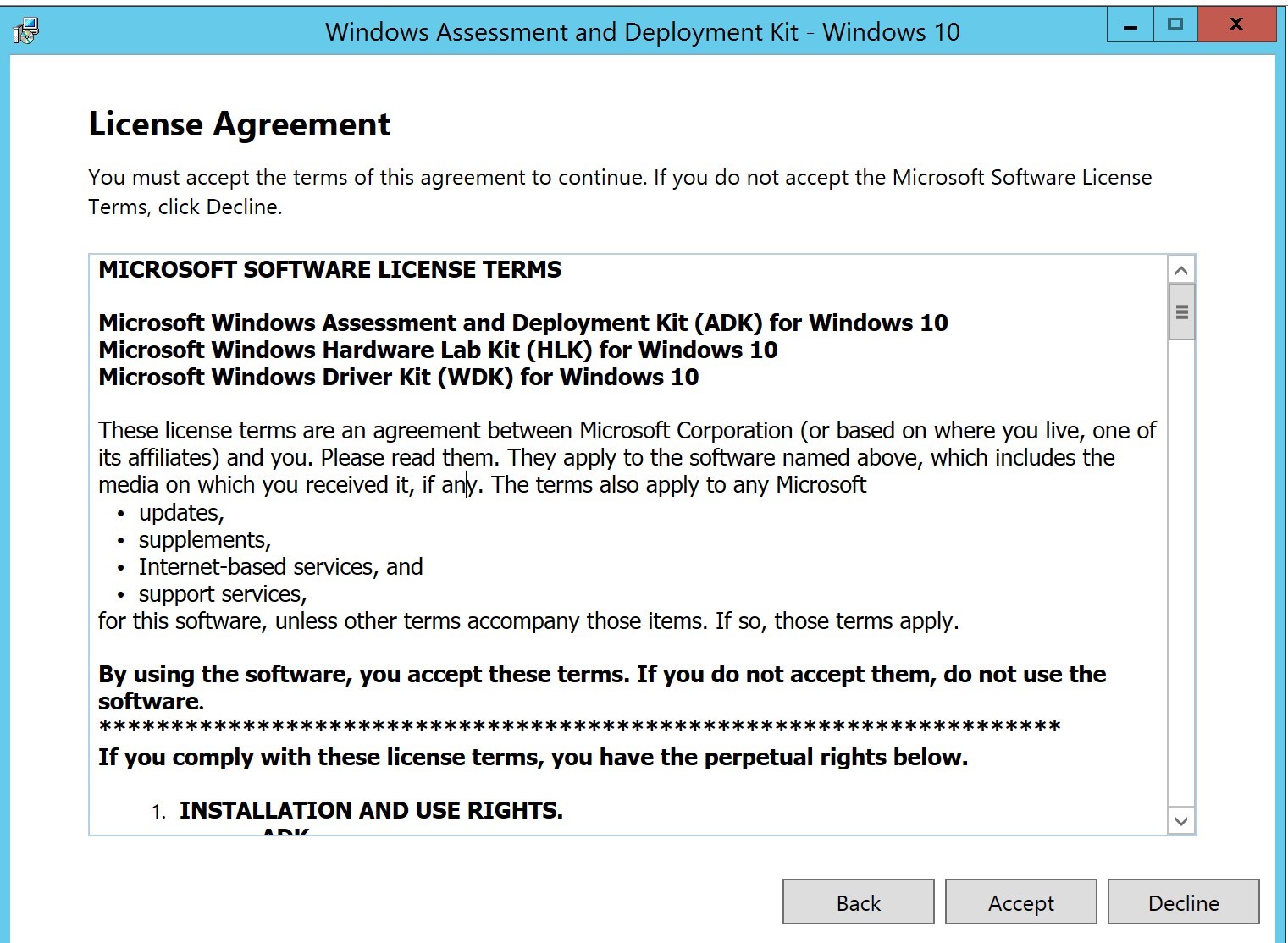 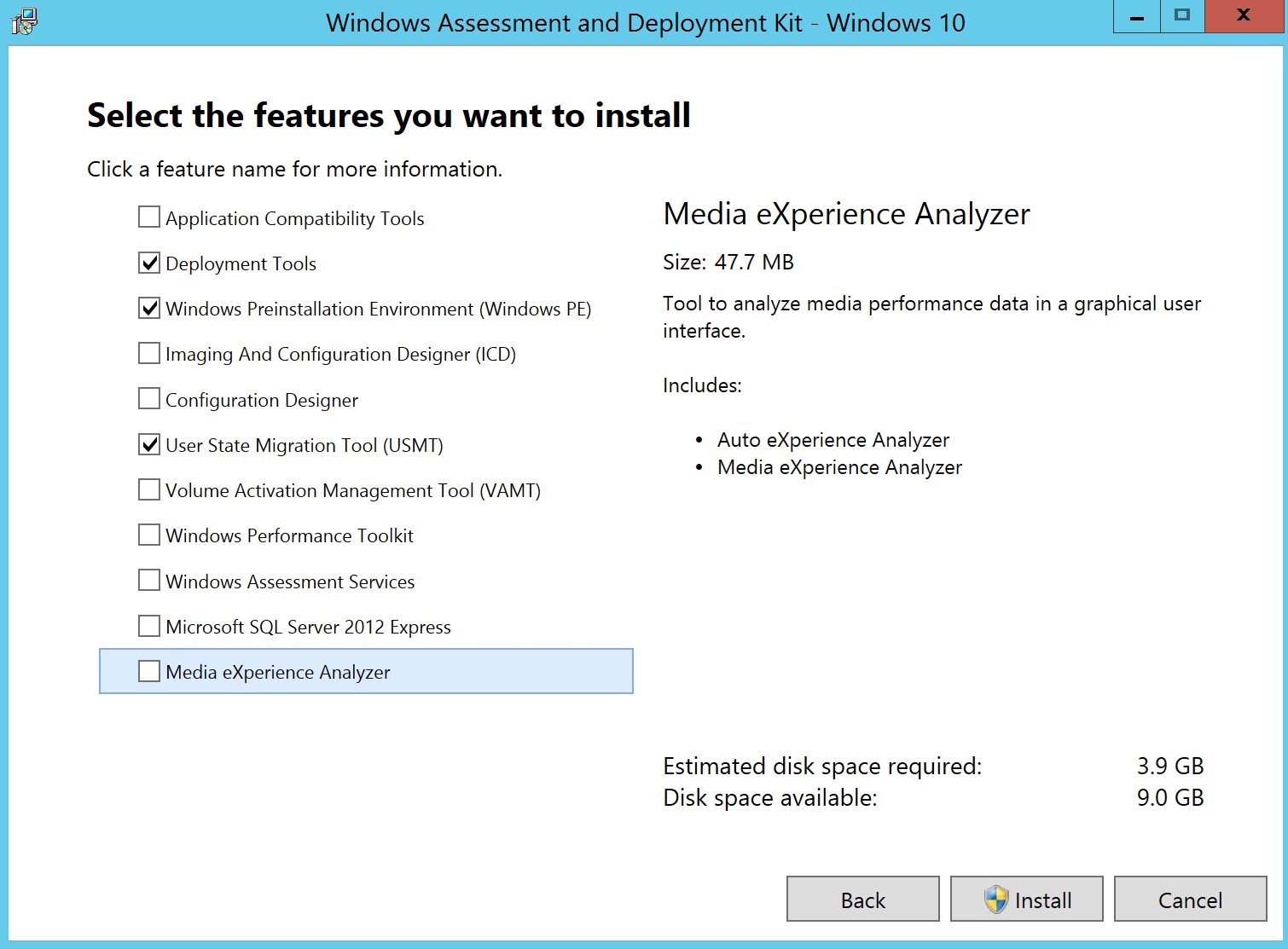 After the Windows ADK update is completed,  boot images must be updated in order to use the latest bits for Windows PE.

There are 2 scenarios for you boot images:

Default boot image and updated ADK prior of an SCCM upgrade

This is not clearly stated as part of an SCCM upgrade. After an upgrade, look at the OS version of the default Boot images, if it is matching your installed version of the Windows ADK, you are good!

Some times, the automatic update of the default boot images doesn’t work. This is often caused by old driver that are added to boot images.

If you are in one of those situation, boot images must be taken care of in a more manual fashion.

Wilhelm Kocher and Herbert Fuchs, from Microsoft Premier, created a powershell script to help with this matter 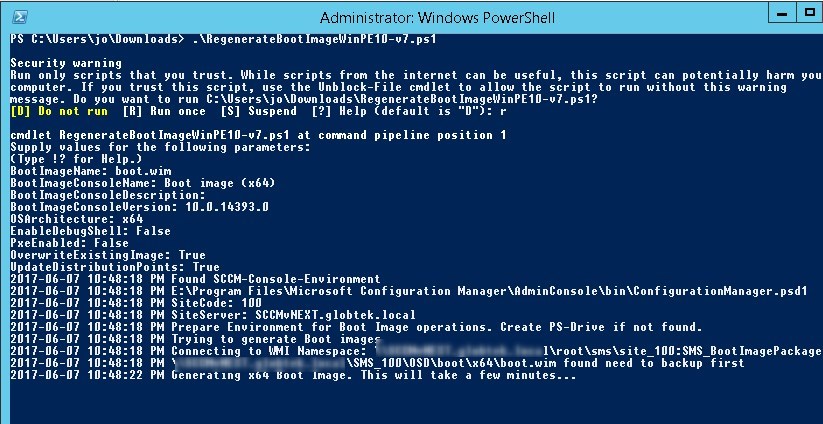 A new feature is available in the Technical Preview 1704 of SCCM.

When we hit Update Distribution Point on a boot image (custom or default), it will be possible to Reload this boot image with the current Windows PE version from the Windows ADK

This will actually do the exact same thing as the script used! 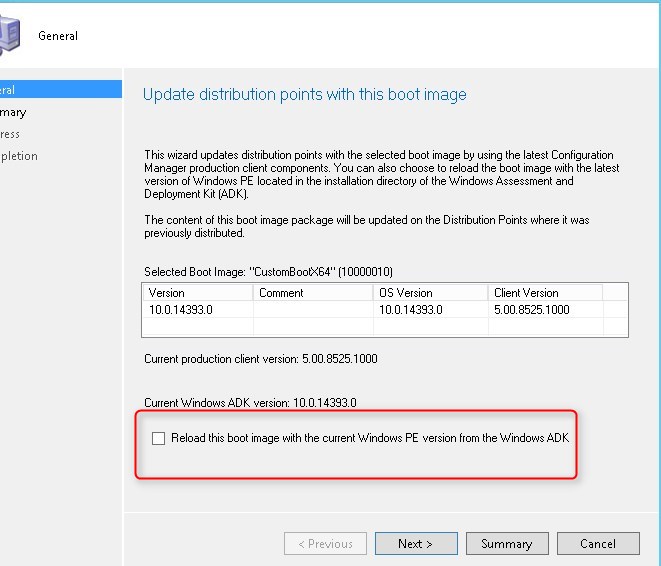 Unattend.xml files are used to pass configuration to Windows while the installation is going on. With a new release of Windows 10, new settings could become available at the installation time.  XML files are configured using Windows System Image Manager (Windows SIM). Windows SIM is part of the ADK.

That said, new or modified unattend.xml files could be needed along with new Windows 10 releases. They should be modified or created with Windows SIM, after the Windows ADK as been updated.