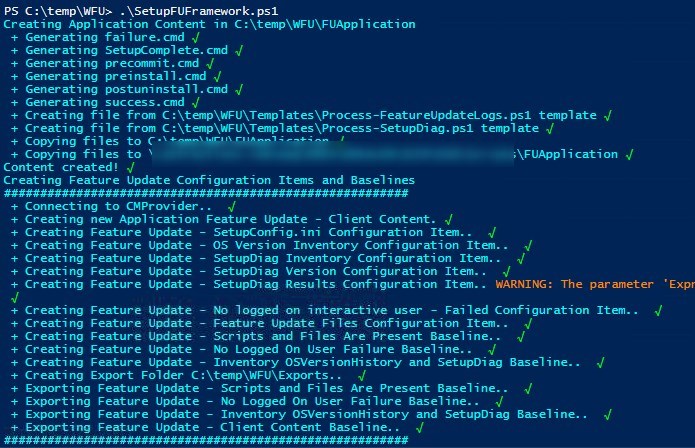 Windows 10 Feature updates can be tricky for many reasons. Fellow SC Dudes, Adam Gross, created a free and easy-to-implement solution to help debug and track down Feature Update logs.

While we recommend sticking to Feature Update to deliver new Windows 10 builds, this solution will work the exact same if a Task Sequence is used to do an upgrade.

In this post, we’ll detail how to implement the Windows 10 Feature Update script to include it in your SCCM Inventory. This should help you with Feature update failures by identifying errors easily.

We will now prepare our environment by downloading the script from Github and store it locally.

Microsoft has recently announced that SetupDiag will now be included in Windows 10 2004 and up.

While this is good news, the current setup provided here can remain valid or could be modified to match this.

MEMCM 2010 was just released and some analysis from SetupDiag is now included. Again, this requires Windows 10 2004 or higher to work. See Microsoft docs for more details.

Configure the script for your environment

Now that the script is downloaded, we must edit it to include our server information :

All the magic resides in Adam’s script. We will now run the script to create the application and CI on your SCCM Server. Everything will be done automatically:

Once all this is in place, the following components must be deployed on your clients:

With everything in place, Feature Update can be initiated. Once ran, the following should be available.

We hope this Windows 10 SetupDiag SCCM Inventory post was helpful ! Let us know in the comment section if you’re using it.